Skip to content
In a very special blog in the Chats with Conservationists series we meet Dr Shermin de Silva. The founder of Trunks and Leaves, who earned her PhD studying Asian Elephant behaviour and is also a member of the Asian Elephant Specialist Group from the IUCN Species Survival Commision. Shermin shares how Jasmine, the same Elephant that inspired the new Pigments by Liv asian elephant collection, helped her understand why we need to defend Elephant Corridors.

Meeting Jasmine – The Belle of Udawalawe

The elephants studied by the Udawalawe Elephant Research Project are named alphabetically by family. Jasmine belongs to the “J” family, first identified by us in 2005 when I started by PhD. She was young at that time, perhaps in her 20s, and inseparable from a much older elephant who I thought might be her mother, named Janet. There was also a middle-aged female named Jane, along with a number of younger elephants.

Jasmine was in my opinion the prettiest elephant in Udawalawe, with well-proportioned features and smooth, perfectly symmetrical triangular ears with delicate pink de-pigmentation along the edges. She seemed like an archetype of what an elephant should look like. Given that we were maybe around the same age (as I was also in my 20s when I was doing my PhD), I looked forward to getting to know her for many years to come. 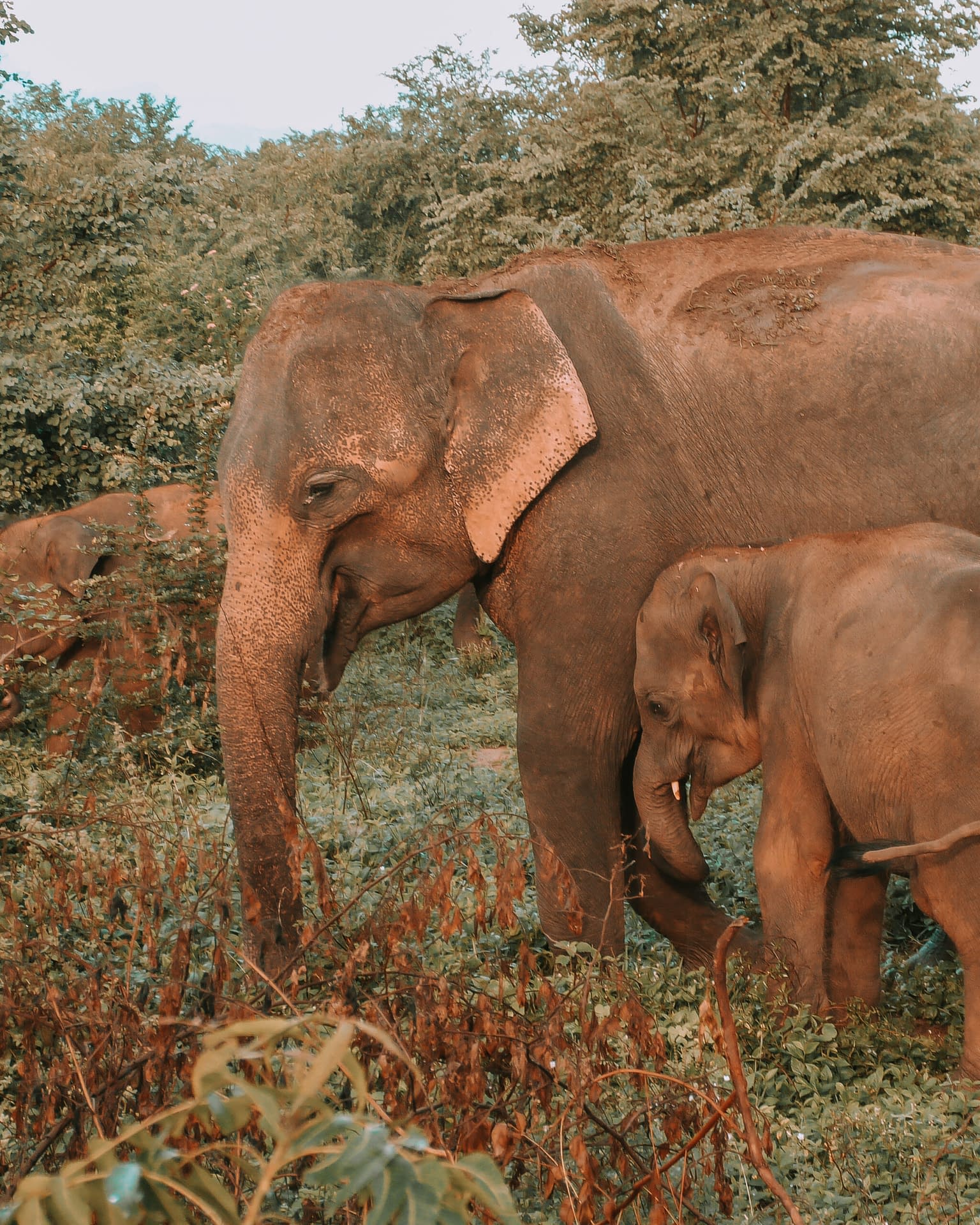 The J family was a common sight in the National Park, but I noticed that Jane would often be absent. I wondered if maybe Jane was going out of the park, especially given that we had seen her in the farthest corners of the protected area. Udawalawe National Park has two so-called “corridors” connecting it to other forests and protected areas. Although the official estimate for the number of elephants in the park is around 400, we’ve estimated that it’s at least twice that, due to a number of animals that circulate through it seasonally.

Then in 2007, Jane passed away, probably of old age. Immediately, Jasmine seemed to go socially adrift. She was no longer with the rest of the family, who instead seemed to move more closely together with Jane. I had a feeling as though Jasmine’s bond with Jane was really what had kept her in the group, and without her, Jasmine seemed more inclined to strike out on her own. Whereas before Jasmine had been seen as many as 60 times in a year, our annual sightings of her dropped to just around 10.

understanding the importance of elephant corridors

Starting in 2017 we started monitoring elephants along the eastern corridor outside Udawalawe National Park with camera traps, which confirmed that Jane was indeed going out of the protected area that way, taking the rest of the family with her. This corridor, Wetahirakanda, is the focus of our Coexistence Project, which aims to find economically viable alternative crops for farmers to grow that will help them avoid conflict with elephants. But Jasmine seldom went that way, and was rarely seen with the family, so where was she going?

It turns out that Jasmine was going north to an entirely different area, a cool hilly forest known as Bogahapalessa. To get there, she would pass through another narrow sanctuary known as Dahaiyagala. This was an area with a lot of nightly skirmishes between farmers and bulls, who raid crops. Though females are too shy and risk-averse to crop raid, they can nevertheless suffer when people attempt to encroach on habitat. The land in and around Dahaiyagala has unfortunately been in dispute more than once, with elephants having to pick their way through croplands to get to the unique resources in Bogahapalessa.

In January this year, the research team was alarmed to discover that 400 acres of land within the Dahaiyagala sanctuary had been cleared, with local politicians claiming rights to the land. We worry that Jasmine and the other elephants of Udawalawe who rely on the sanctuary for their precarious journeys to and from the park will now get cut-off.

Jasmine is not alone. Habitat loss and fragmentation is the major threat to wild Asian elephants worldwide, unfortunately. The calm, placid elephants of Udawalawe are famed among tourists, millions of whom flock to the National Park each year as it is one of the few places they are guaranteed to see wild Asian elephants. Yet as Jasmine, Jane, and their family demonstrates, even these well-habituated elephants have a secret life of their own – they depend on other forests, away from human eyes, for their survival.

Trunks & Leaves is working to protect Asian elephants in Udawalawe and around the world through science, education, policy and advocacy. Help us defend corridors and find ways that people and elephants can peacefully coexist.

10% of sales from every item in the Pigments by Liv Asian Elephant collection is donated to Trunks & Leaves. Shop the collection below or check out their Corridor Conservation fund. Let’s learn how to live alongside nature!

I am the 24-year-old founder of Pigments by Liv, animal lover and artist behind all the nature-inspired designs. It’s lovely to meet you! I hope this blog helps to inspire your sustainable journey towards a greener planet with happier animals.

Natasha: A Masters Degree in Conservation

7 Easy Ways You Can Help Wildlife This Winter

So You Want to Be A Zoo Keeper?

🍪 By continuing to browse the site, you are agreeing to our use of cookies Dismiss